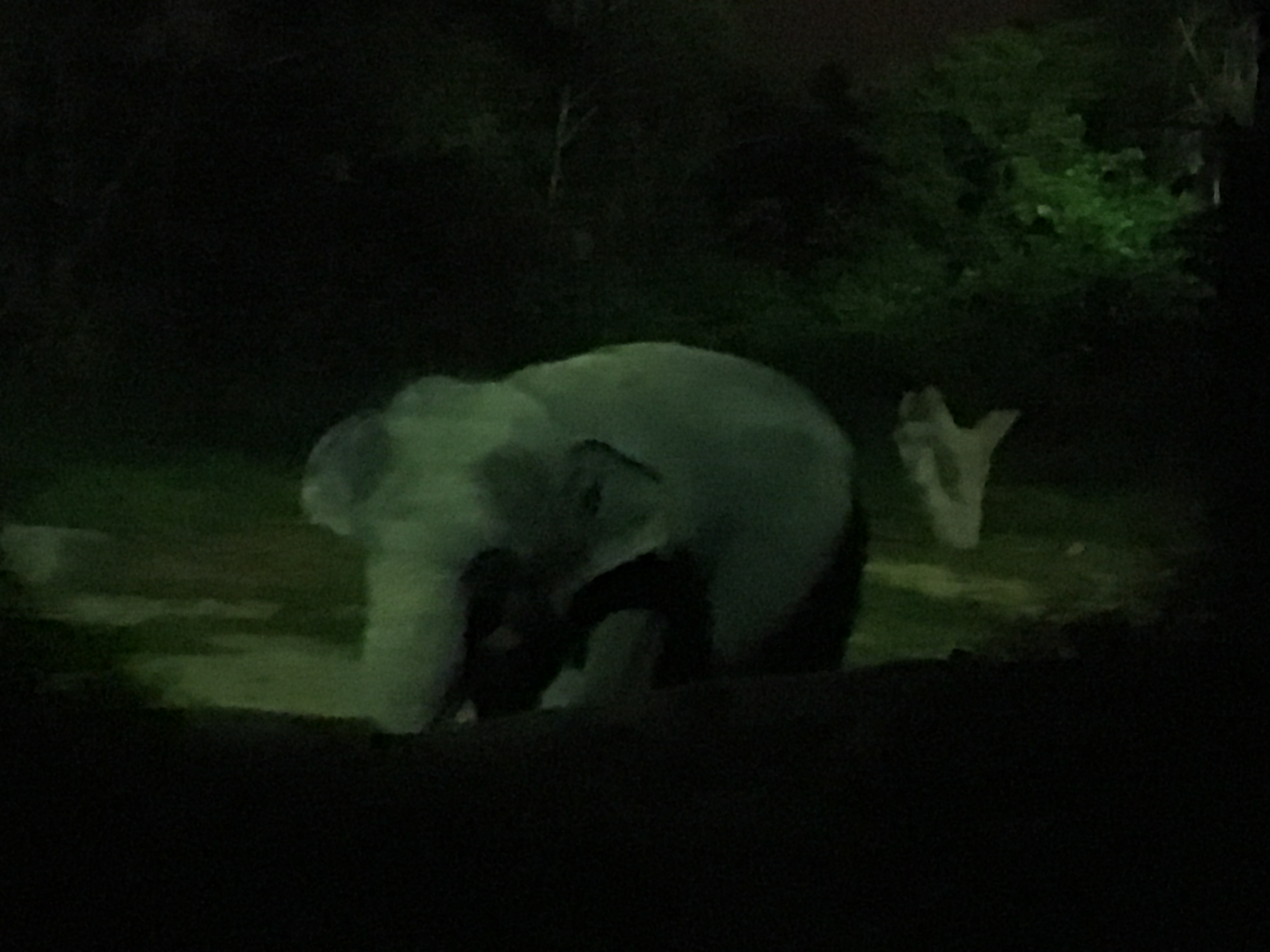 Arriving at the zoo I was surprised at how many people were there.

We were quickly ushered off to a large amphitheater to watch a show on the Animals of the Night which went for about 20 minutes and featured some of the local and not so local night creatures. 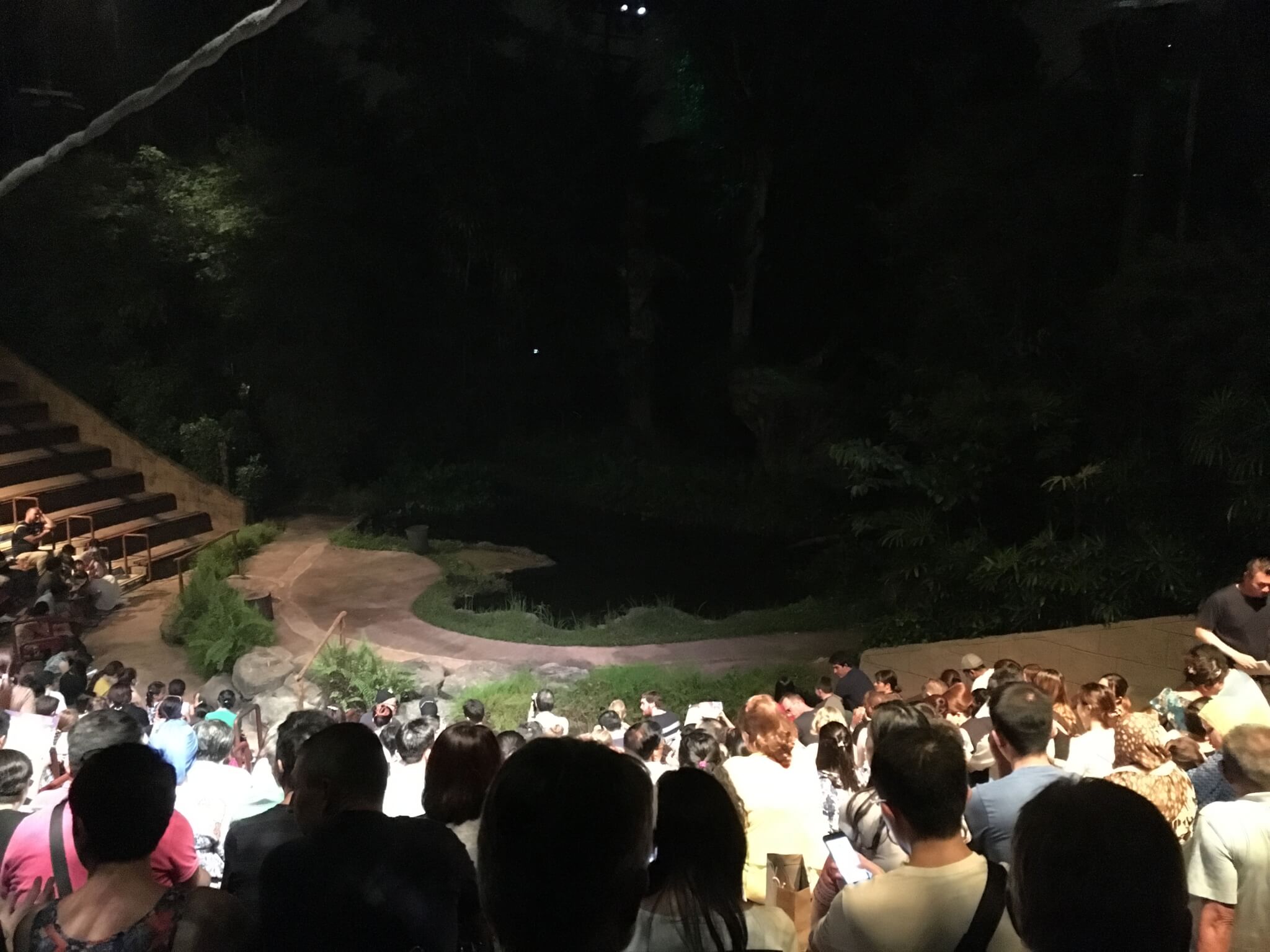 Creatures of the Night show at Singapore Zoo

After this we walked back up the path and jumped onto a “tram” which drove around the zoo’s path for about an hour with a recorded tour guide explaining everything about the animals and their habitats.  It is a very upclose experience with the tram cars being opened (no windows or doors) and the animals being right next to you.  The tigers gave us a growl as we stopped by them.  The zoo seems to try and mimic a natural environment for the animals rather than concrete enclosures.  It was a great experience seeing some of these creatures in the night, and sometimes a little scary. 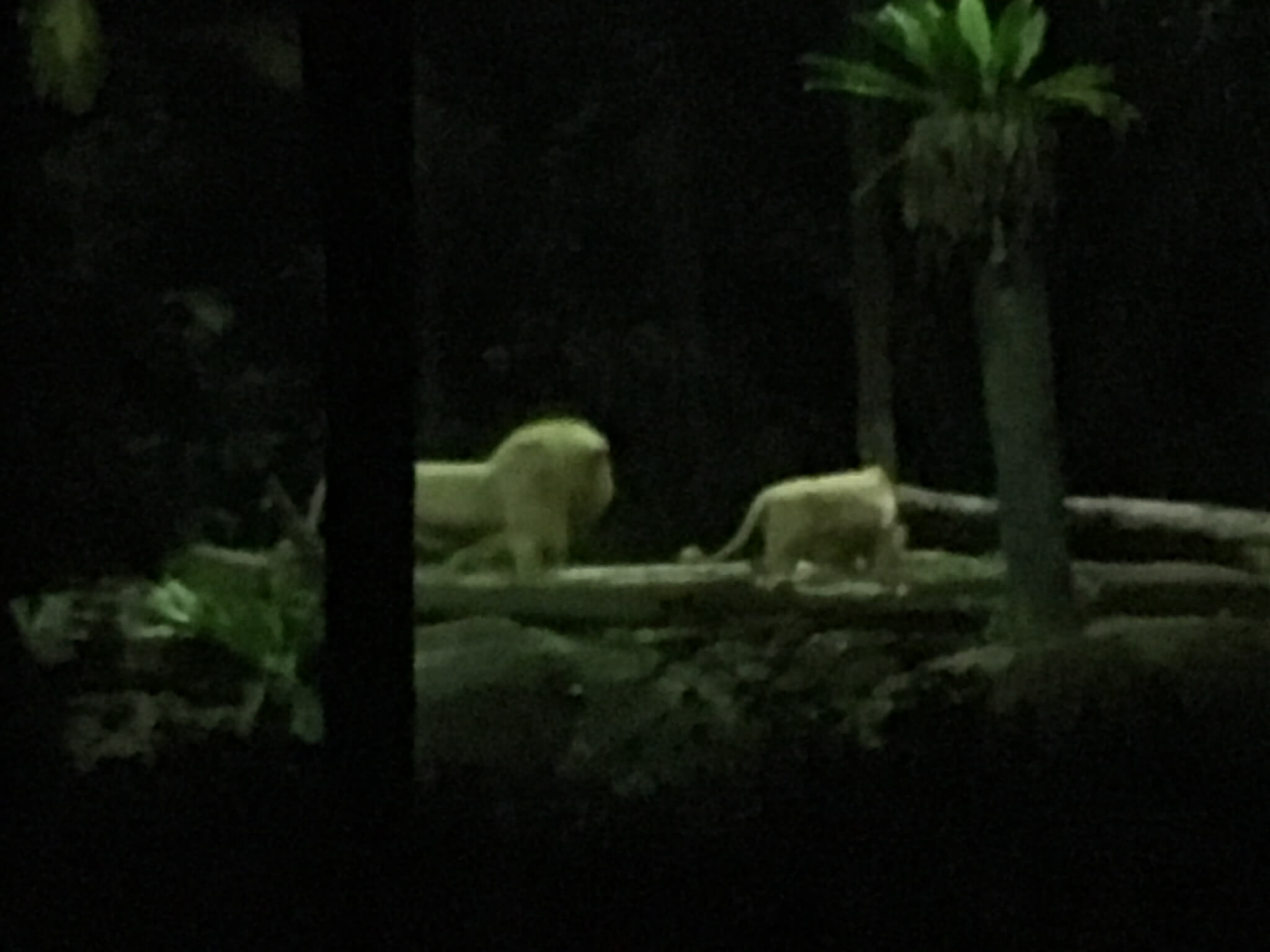